BRITS HAVE LOST THE ART OF CONVERSATION 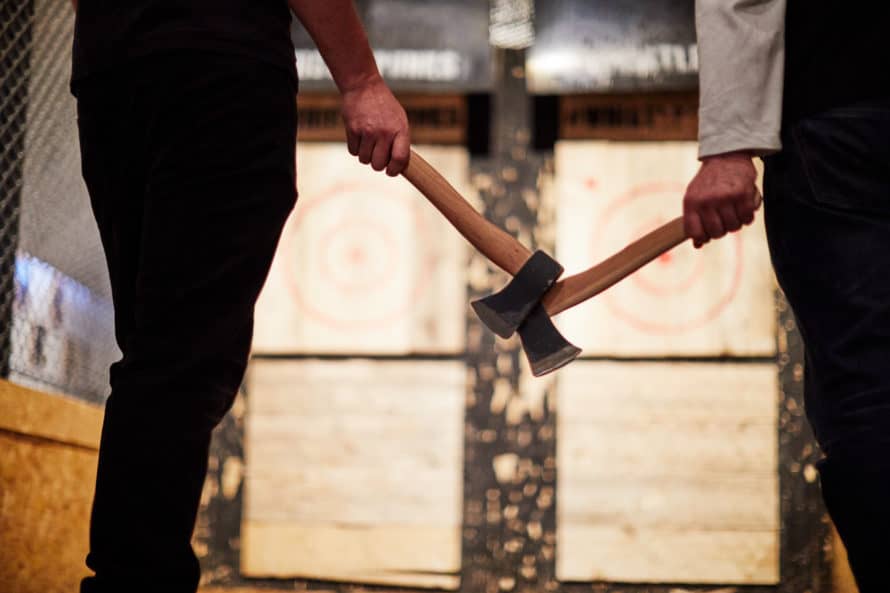 RESEARCH REVEALS MORE THAN THREE FIFTHS (65%) OF YOUNG ADULTS ARE LACKING THE CONFIDENCE TO START A CONVERSATION WITH STRANGERS.PSYCHOLOGIST HONEY LANGCASTER–JAMES SHARES THE BENEFITS OF SOCIALISING WITH STRANGERS AND TOP TIPS FOR MEETING NEW PEOPLE.

Online research revealed today by Whistle Punks, the Urban Axe throwing and entertainment brand, has shown that Brits have lost the art of conversation and ability to talk to strangers, an essential life skill, despite the unexpected and positive benefits in life, love and work.

The YouGov survey of 2,000 18 – 55+ year olds across Britain has shown that there is a clear generational trend emerging when it comes to being confident enough to talk to strangers. Overall one in ten (12%) people said that they would not feel comfortable initiating a conversation with a stranger in any scenario. However the research also revealed that over three fifths (65%) of 18 – 24 year olds feel uncomfortable starting a conversation with a stranger in a public place, compared to just over a quarter (27%) of over 55s.

It is no surprise that the art of conversation has been lost. The results show that we’re increasingly unable or unwilling to spend time with friends in person, let alone strangers. Four in ten (40%) of adults surveyed online admitted to spending more time communicating with friends online than offline. Millennials look to be the worst culprits with 59% of those aged 25 – 34 agreeing they spend more time on social media than they do face to face with friends.

Psychologist, Honey Langcaster-James, comments. “There are so many aspects of life where being able to confidently talk with strangers can be a real advantage.

“People who are socially anxious, or who feel nervous when talking to strangers, can end up suffering real limitations in life, and that can ultimately impact their emotional and psychological wellbeing.”

She continued “In a world where we now increasingly interact via social media, it’s no wonder that as a nation we are beginning to feel less comfortable interacting in real life. Over time, people can get less and less comfortable socialising in person, interacting with strangers and even meeting with our own friends. Because we also have a sense that we are constantly connected through our mobile phones and on social media, we can also end up making less effort to see our friends in person, which older generations depended on.

Results from the survey concur with Honey Langcaster-James’ analysis that a rise in social media is a key driver of this trend, with many young adults admitting that they are hiding behind social media accounts when initiating conversations with others, with 50% of 18-24 year olds surveyed online saying they spend more time interacting with friends on social media than they do face-to-face.

She continued, “Thankfully, all is not lost. People find it easier to interact if there is an activity to focus on and there has been a notable rise in venues commited to all kinds of activities. These can act as ice-breakers for those who may find it difficult to strike up a conversation. We’ve seen everything from crazy golf indoor courses, social bingo, social darts and now urban axe – throwing. These social pioneers are providing valuable new opportunities for people to engage in activities and re-discover the art of real life socialising in fun and less anxiety-provoking ways”

Organisations like Whistle Punks, the UK’s leading axe-throwing company, are leading the way in providing an unforgettable experience that is purpose-built to encourage interaction between strangers. Jools Whitehorn, co-founder of Whistle Punks, said, “We love seeing people loosen up and learning a new skill in our venues. One of the things we enjoy most at Whistle Punks is seeing people meeting strangers, finding common ground and relaxing in each other’s company. We found that two-thirds of players on our social lanes chatted and cheered on people that hadn’t met before.”

“Urban axe – throwing allows people to come together in city spaces to participate in a hugely fun and competitive game that is suitable for all. Whether you arrive as a solo player, in a couple or as a group, you will meet likeminded strangers and reap the social and emotional benefits of a shared, competitive activity delivered in a safe environment”

Back to press
releases

20% off all sessions played before the end of August. Use: 20PUNKS when booking.